A Kind of Electricity Appeared in Outer Space

The product of an extensive research, the exhibition showcased an assemblage of diverse and interesting material from the 1960s: A compilation of 60s melodies permeating the exhibition space; record covers, news and magazine articles, postcards, musical notes, posters; musical Yeşilcam scenes in an open-air cinema setting; the adventures of hippies in Sultanahmet; the footprints of the 1968 movement; archival photographs of many figures from Erkin Koray to Ruhi Su; a timeline registering the eleven years between 1960 and 1971, presenting important events and lists of books, films and records that came out in these years and reflect the spirit of the time. 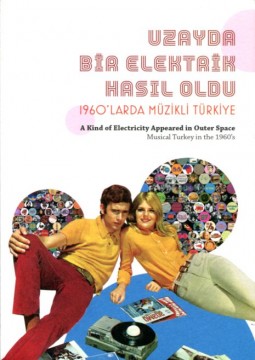