Curator without a System brings together, for the first time in English, a rich variety of essays by the curator Viktor Misiano.
Working in Russia and internationally, Misiano was a key figure in the development of Moscow’s art scene after the breakup of the Soviet Union. In 1993, he founded Moscow Art Magazine, Russia’s first and only independent art journal. Writing is an integral part of his curatorial practice, allowing him to expand beyond the cultural and artistic context in Russia to contemplate the global dynamics of the post-1989 world—a world haunted by unresolved contradictions between East and West, institutions and communities, and art and societies in transition.
This book addresses the question of what it means to be a “curator without a system,” as Misiano has described himself, and to what extent the curator is able to shape an artistic context. Building a critical chronology of the transitional period from perestroika until the present day, as well as offering an overview of the institutional context and the first post-Soviet generation of artists, the essays collected here aim to provide a different perspective on Western narratives of institutional critique, relational aesthetics, and socially engaged art.
The texts are divided into three sections: “Writing the System,” on the collapse of disciplinary culture, the idea of the “confidential community,” and political art in the post-Soviet period; “The Other and Differents: Reflections of the Curator,” on Misiano’s curatorial projects from the early 1990s, in which he proposed collective experiments as a tool for shaping the artistic community; and “Ad Personam: Artists’ Portraits,” on artists from Moscow Actionism and Conceptualism circles as well as the former Soviet republics.

More infos about the publication 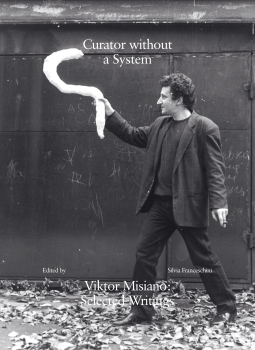