It is often the arrival of new sounds and new forms of pop culture generated in different non-Western cultural, socio-political and economic contexts, that reverberate with the epithet “Sweet” in the collective memories of the 1960s. Up to now many of these new soundscapes and the lifestyles that accompany them are mainly perceived within a narrative of Western cultural hegemony. They operate as a sign of the colonizing powers of Western cultural industries, their trends and formal influences. But a distinct consideration of the contexts and situations that created these cultural phenomena and their potential for ambiguous identities demonstrates how complex the emancipatory energies of the 60s were. They generated parallel and quite diverse forms of pop cultures that were postulating not only other logics of modernisms but they were also oriented towards more conservative and traditionalist segments of the society.

Since the beginning of the 20th century traditional forms of culture have been appropriated and reinterpreted by various local modernist cultural projects and their nationalist or internationalist ideologies. During the 60s one could see how the newly developing forms of urban music culture were gaining a more horizontal character and filling the voids that had opened between the modernized, ideologized, politicized forms of music belonging to the verticals of “national cultures.” And despite the fact that those newly emerged cultures were often apolitical in their essence, they still generated strong energies of cultural resistance within local milieus. Nevertheless, the frequent marginalization of those cultures in local contexts did not hinder their intensive popularization, which continued developing parallel to the social and cultural stratification taking place in different societies since the 1960s.

“Parallel Pop – Orientalist Modernisms” is the title of the seminar discussing these issues. This seminar is organized in the framework of the exhibition “A Kind of Electricity Appeared in Outer Space: Musical Turkey in the 1960s” as part of the project “Sweet Sixties.” It will try to analyze various aspects of the emergence of different new folklore and urban cultures since 1960 (like Arabesque, RABIZ, Novokomponovana muzika, Etnophonie, etc.) and their adaptation in the entertainment culture as well as their impact on social and political transformations. 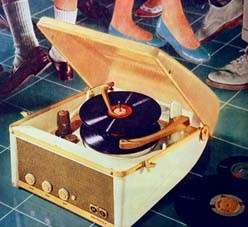