The Molyneux problem deals with the dreams of blind people. The starting point is an interview series that Katharina Schmitt conducted in 2016 with people who gone blind. She is interested in the dreams of blind people: are they just haptic and auditory? Or do they contain pictorial structures? If so, what are these non-visual images and how do narrative structures form in the subconscious of people who have never seen?

Based on these interviews, the text The Molyneux Problem arose. The protagonists of the play are a sighted man and a blind woman, who meet in a darkroom and explore their perception in a haptic, non-visual space.
The text was translated 2017 with the composer Michal Rataj as a co-production of the ORF and the Czech Radio as a radio play.
tranzit.at, the ORF and MQ present a public listening event of this radio drama in the presence of the director Katharina Schmitt and the actors Jaschka Lämmert and Rafael Schuchter.

Katharina Schmitt participated 2016 in the Artist-in-Residence programme at quartier21/MuseumsQuartier in Vienna, supported by ERSTE Foundation and tranzit. 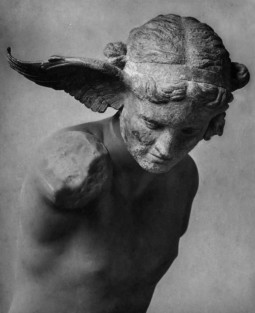