Sweet Confusion is a conference project that intends to investigate the artistic and historical processes of two countries that remain in the ‘peripheries’. The conference will explore Armenian and Turkish cinematography of the 60s; by doing so, it is attempting to reread the social-political and cultural paradigms of two geopolitically estranged situations, which throughout 1960s were in the process of self-defining and self-positioning by determining and shaping the ‘Other’ through a complex correlation of cultural and political systems.

The project Sweet Confusion is being realized in the framework of an international research project entitled Sweet 60s, that explores, through the contemporary artistic and theoretical perspectives, the unknown/ underestimated/ hidden contexts and territories of 1960s that were omitted from the master narrative of the ‘romantic revolutionary epoch’. The curatorial and the artistic focus of the Sweet 60s lies on ‘post-ideological societies’ (in post-Soviet, post socialist, Eastern European, Middle Eastern, West also Central Asian and North African countries as well as in a second phase
in China and Latin America), in making a comparative analysis and contextualizing the historical developments in the arts, culture and the societies of the 60s and the 70s, and researching their subsequent effects on contemporary social, political and cultural situations. 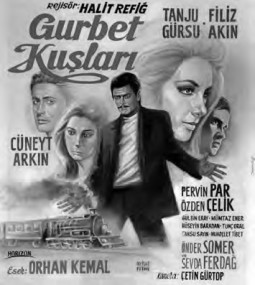