Parallel Modernities: On some travelling agendas of late Modernism in the shadow of the Cold War 1960s

During the 1960s, the landscapes and cities of protectorates and former colonies from India to the Maghreb, from the Soviet Republics to the new states in the Southern hemisphere are replete with the spirit and forms of Modernity. Forms that transmogrify, and then dissolve into the thin air of the vernacular. The star-maps that are used to survey these artificial worlds often serve to navigate the boundaries between private and public domains.

The world is full of eerie displacements, gestures of the uncanny, and the constellation of the real exists in a plethora of doubled forms. Question marks, meanderings, rows of numbers, and persons of the line belong to the inventory at hand. Communication machines emerge and shut themselves up before they have the chance to become immaterial and disappear and corrode in Post-modernity.

The world of the sixties echoes a spirit of emancipation, is full of double agents: diasporas bring their academies; the streams between Soviet, North and South American, Western European, Non-Aligned etc. are full of interlocutions, hidden pathways and narratives of trade routes beyond the seemingly stable hegemonies of the blocks.


This shifted the idea of Modernity that had often emerged in the global bourgeoisies of the early 20th century, when traditional forms of culture had been appropriated and reinterpreted by various local modernist cultural projects and their nationalist or internationalist ideologies.

During the 60s one could see how the newly developing forms of urban culture were gaining a more horizontal character and filling the voids that had opened between the modernized, ideologized, politicized forms belonging to the verticals of “national cultures”. Inconspicuously, poses and gestures from private photo albums appear in the photographers’ studios of Vanity Fair; films from the Trikont appear, and popular music that echoes the Orient; a few modernist US-style houses are built in Beirut; a Yugoslav architect helps to build Algeria; mail art is shipped between the continents – the stories and spirits of a parallel avant-garde, whose silhouettes have yet to be found on the walls of the western canon, are the theme of this conference. 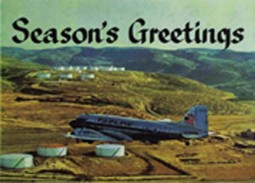